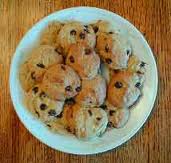 In Southern California a 3 year old boy ended up being hospitalized after eating marijuana laced cookies. The cookies, which were used for medication to help treat the symptoms of cancer, belonged to the boy’s grandmother who also resided in the home. Apparently grandma kept her stash of medicine in a refrigerator out in the garage believing that the 3 year old could not access them. Grandma has a medical exemption for the drug use and is undergoing treatment for cancer. A batch of cookies laced with marijuana were baked by the grandmother rather than smoking the drug, and the grandma is under a recommendation to use marijuana from her physician. This does not excuse the fact that a child was allowed access to the drug though, which obviously was not kept in a secure and locked area like most medical marijuana laws require.

The grandmother will not face charges for possession of marijuana, but police in Murietta, California have said that it is possible child endangerment charges will be brought against family members. Apparently the father saw cookie crumbs in the garage but did not realize that his toddler had a serious case of marijuana intoxication. It was not until the boy slept for 16 hours and still could not be woken up that family members called for medical help. A good tip for all medical marijuana users: If you are going to use the drug at least make sure it is not accessible to children. Fortunately the boy was fine and was released after being observed overnight at the hospital. If the drug ingested was something stronger the end results could have been devastating