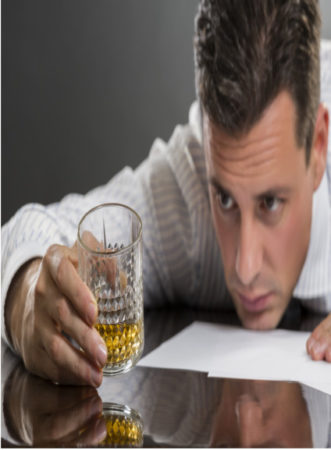 Alcohol consumption is known to lead to risky behavior, but a new study shows that men are more likely to take risks than women after drinking. The study concluded that as the level of alcohol in the blood rises so does the likelihood that males will make riskier choices when compared to females who have consumed alcohol. People generally avoid decisions which involve uncertain outcomes because of the risks involved, this is called ambiguity aversion. After a few drinks this aversion is diminished, especially in males, and the individual is more likely to bet in situations where the odds are unknown and the outcome is far from certain. The study involved 100 participants, 54 men and 46 women, who were all between 18 and 43 years old and who were recruited from the bar of a restaurant.

In the start of the study the researchers approached bar customers and asked whether the individual would be willing to participate in a study examining the accuracy of guessing their own blood alcohol levels. Those who volunteered were taken to another room where they were asked to guess what their current level of blood alcohol, or the blood alcohol concentration, that they had at that point. A breathalyzer was used to measure the actual BAC that the individual had. Participants were told they had the chance to win free drink tickets, and two jars were offered. One jar had 50/50 odds, the second jar had unknown odds. The findings showed that males who had higher alcohol levels were far more likely to bet on the jar with the unknown odds.