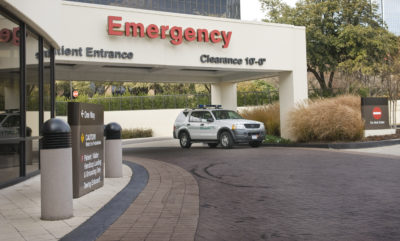 ER motivational interventions for alcohol abuse may not be any better than traditional care for women who have alcohol abuse or domestic violence issues according to new research available. There have been previous studies which determined that brief interventions in the ER could improve the treatment outcome for women with alcohol abuse and domestic violence. The new study findings conflict with the results seen previously. Perelman School of Medicine at the University of Pennsylvania researchers determined that ER motivational interventions and follow up by phone did not improve the care received or the treatment outcome better than traditional care methods that involved social service referrals. The results of the study was published in the journal JAMA.

Center of Emergency Care Policy & Research in the department of Emergency Medicine at Penn director and lead study author on the study for ER motivational interventions and traditional care, Karin Rhodes, M.D., reported “Concerns have been raised that brief motivational interventions for heavy drinking are less effective in women and in victims of violence; our results support those concerns. Hopefully our results will serve as a catalyst for further testing to see if a more intensive version of the intervention, provided in a different setting, for a longer period of time might be effective. Relationship violence and heavy drinking are two risk factors that commonly occur together, and have highly negative consequences for individuals, as well as their families and communities. We have to keep working on solutions to these problems. Clearly the population we studied had a very difficult set of psychosocial problems. Broadening the intervention to address multiple co-occurring risk factors in the context of violence exposure may require a more in-depth and longer approach than can be feasibly provided in an ED setting.”