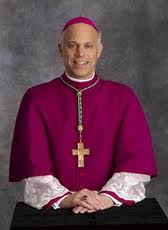 Bishop Salvatore Cordileone, the bishop who was just elected to be the leader of the San Francisco archdiocese as well as two other counties in the Bay Area, was arrested and spent part of the weekend in jail due to suspicion of drunk driving. This does not reflect well on a leader of the Catholic Church, and shows that even clerics may need substance abuse treatment at times. Cordileone was appointed by the current Pope, Pope Benedict XVI, and was driving with his mother in the car after dinner with friends when the arrest occurred. A police checkpoint was set up, and this is where Salvatore failed the field sobriety test and was placed in police custody. Will this affect his ability to lead more than half a million Roman Catholics in the San Francisco area? The archdiocese has not commented yet on the arrest.

Bishop Cordileone spent around 11 hours in jail after he was arrested. The police cited suspicion of driving under the influence as the reason for the arrest. Cordileone paid $2,500 for bail and was finally released. Salvatore has admitted that he was over the legal limit, and stated that he was sorry for his error in judgment. Cordileone also gave a statement about the incident. “I will repay my debt to society, and I ask forgiveness from my family and my friends and co-workers at the Diocese of Oakland and the Archdiocese of San Francisco. I pray that God, in His inscrutable wisdom, will bring some good out of this.” Hopefully Bishop Corileone will get help, so that he can be a better leader for his followers and stop any alcohol abuse problems that he may have.