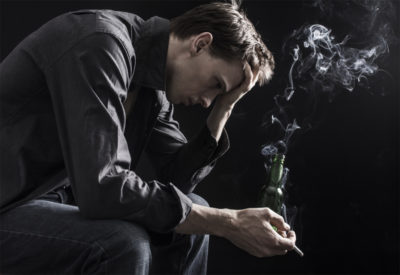 Do you remember feeling invincible as a teenager? When you are young, it is easy to feel like nothing can hurt you. You are young, so you can basically do anything you want and recover, right? Everybody has to be a little crazy at some point. But while you might be young and careless, you definitely aren’t invincible. And that thought of being invincible just comes with the immature brain of a young teen. The reality of it is that the choices you make while you are young do matter. In fact, they can go on to affect you even in your later years and a new study talks about just that.

“The odds of developing any drug abuse symptoms by age 28 were reduced by 31 percent for each year of delayed onset of cannabis use in adolescence,” the researchers at UdeM’s Department of Psychology, School of Psychoeducation and the CHU Saint-Justine Hospital Research Centre found.

This is why cannabis is often referred to as a “gateway drug.” When teens started smoking marijuana, it might be the only drug they are involved with. However, as time goes on they are more and more likely to try something else. It could be because they are looking for more of a thrill, they are more likely to be exposed to it, or simply because they just view drugs in a different light now. Regardless of the reason, research has shown that early cannabis use does often lead to the use of other drugs. Keep your children informed of the dangers in order to protect them.