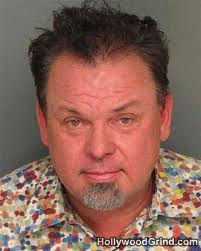 Thomas Kinkade, well known painter and art lover, passed away April 6, 2012, but the cause of his death was not known until recently. According to the autopsy report and the Santa Clara County medical examiner the cause of death was substance abuse related and ruled an accidental overdose. Family members of Kinkade say that he battled with alcohol addiction and had some problems in the last few years with personal and financial issues. The painters brother has spoken out about the alcohol addiction and the relapse that Kinkade suffered. According to the medical examiner the cause of death was a combination of Valium, which is a prescription tranquilizer, and alcohol. The medical examiner has ruled that the overdose was accidental and not intentionally caused by the painter.

Alcohol addiction and substance abuse killed Thomas Kinkade the same way that this combination kills many other Americans each year. Many drugs and medications react with alcohol consumption by becoming stronger in the body. This is true with over the counter medications, prescription medications, and even street drugs. Thomas Kinkade was a genius at painting according to art experts but the man battled substance abuse and alcohol addiction for years. His senseless death could have been prevented if effective treatment for alcohol addiction and substance abuse was received earlier in his life. Kinkade described himself as a Painter of Light and his works are in high demand. The personal life of the man was unfortunately not as optimistic and bright as his paintings were though. There is even a restraining order in place that prevents a former girlfriend from discussing Kinkade or his activities in public.