Home / BLOG / Do You Know What To Look For With Amphetamine Abuse? 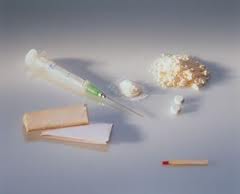 Do You Know What To Look For With Amphetamine Abuse?

Amphetamine is a serious concern today, and this form of substance abuse is highly addictive and extremely destructive. Amphetamine use in any form can have many serious side effects and pose numerous dangers. There are a limited number of medical conditions that may be treated with this type of drug but most users either buy their drug on the street or they use a prescribed form of amphetamines that was given to another individual instead. Many physicians prescribe this drug for ADD and ADHD, and it may also be used to treat narcolepsy or extreme obesity in some cases. Even medical use poses some risks and potential complications, but when amphetamines are used without medical oversight then this drug is even more devastating and often results in permanent injury or even death.

Common side effects and symptoms of amphetamine abuse or addiction include: