Home / BLOG / Does Amanda Bynes Have A Problem With Alcohol Or Is She Just A Horrible Driver? 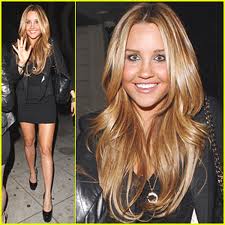 Does Amanda Bynes Have A Problem With Alcohol Or Is She Just A Horrible Driver?

Amanda Bynes has had a number of legal troubles lately, but does she have substance abuse issues or a problem with alcohol? Bynes is using Twitter to deny reports that she was caught driving under the influence but the public is used to celebrities getting into legal trouble and then denying the reports until proof surfaces. TMZ reported that Amanda Bynes was in an accident involving a hit and run and that the actress was arrested for DUI. According to a tweet from Bynes after the report “I can’t help but laugh at all of you writing fake stories about me. I was not in any hit and runs. I don’t drink so the DUI is false.” TMZ has yet to renounce the story or issue a correction so many believe that Amanda Bynes does have substance abuse issues and was driving under the influence.

The incident involving Amanda Bynes in April was the result of a hit and run on a freeway in California. According to police the rental BMW Byrnes was driving hit another vehicle and then failed to stop. The driver of the other car actually remembered the license number and Bynes was arrested on April 6, and the charge was suspicion of driving under the influence. Alcohol may or may not have been a contributing factor but the fact is that Bynes has been involved in 3 more traffic incidents is telling. The actress is a poor driver even if she does not have substance abuse problems. The incidents include 2 more hit and run allegations and an incident where Amanda was trying to execute a three point turn and ended up blocking traffic for a significant time.