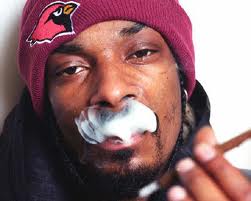 Snoop Dogg, the well known rap artist, was recently;y busted by the dogs in Oslo, Norway after he flew into the country with about 8 grams of marijuana on him. As Snoop was going through the security procedures the drug sniffing dog smelled something funny and alerted the handler. In an ironi twist Snoop Dogg was also carrying a large amount of cash that had not been declared, and apparently this is an even bigger offense than possessing herb. The total cost for this incident was approximately $8,600 and most of that was for the undeclared marijuana. Apparently in Norway marijuana possession in small amounts is a minor issue but undeclared cash is an expensive crime if you get caught.

In 2010 Snoop Dogg was doing an interview with Larry King and his view on marijuana use was made very clear. Larry King questioned whether the artist could perform if he was high on marijuana. The response from the Dogg was “How about I’ve never performed without it?”. That comment speaks volumes on the amount and frequency of marijuana use that Calvin Broadus engages in, whether he is appearing as Snoop Dogg or at home chilling out. Substance abuse treatment may not be a bad idea for this artist, especially if he gets high as much as he portrays. This time Snoop Dogg was not incarcerated, only slightly delayed to his concert appearance. In another country the end result could have been a lot worse., but Norway only involves a financial fine if the amount of marijuana possessed is less than 15 grams.