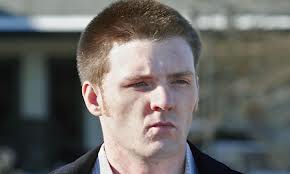 Garrett Reid grew up with football as the son of Andy Reid, who happens to be the well known coach for the Philadelphia Eagles. Garrett does not play for the football team but he was at the team training camp, and a 911 call was made at 7:20 a.m. Sunday morning, August 5, 2012 because he was found lifeless in the dorm room. Garrett has a number of drug related arrests in the past, and it does not look like any foul play is suspected in his death. Reid was at the camp to help the strength coaches, and he has struggled with substance abuse issues in the past. Whether or not substance abuse played a role in his death has not been determined yet. According to Lehigh Police Chief Edward Schupp “Upon arrival attempts were made to revive the individual. They were unsuccessful. There were no suspicious activities.”

General Manager for the Eagles Howie Roseman released a statement to the news after Garrett Reid was found deceased. According to Roseman “I have some heartbreaking news to share with you all. It is with great sadness that I tell you Garrett Reid, the oldest son of Coach Reid, was found dead this morning in his room here at training camp. This is a tough morning for all us.” Roseman went on to mention coach Reid, Garrett’s father and head coach of the Eagles team. “He’s always been strong for us, we’re going to be strong for him right now.” The exact cause of death has not been determined yet, pending further investigation and testing. Toxicology reports may identify whether substance abuse played a role in the death of Garrett Reid or not.