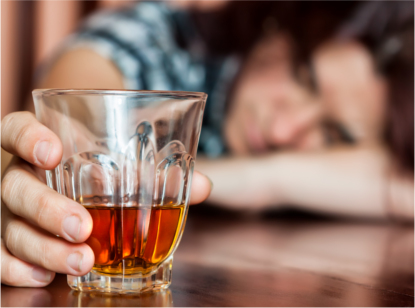 A recent study which was performed by an international research team has found that smoking cessation poses a higher degree of difficulty for heavy drinkers than for those who do not use alcohol heavily. The chronic abuse of alcohol typically increases the metabolism of nicotine in the body, leading to nicotine withdrawal symptoms that are more severe and last longer in heavy drinkers, often resulting in a poorer outcome in these cases. The study did provide some good news as well though, because heavy drinkers who do stop their alcohol abuse will slow down their nicotine metabolism in as little as 4 weeks so that this metabolism is back to normal. The study was the result of a collaborative effort by researchers from study leader Roswell Park Cancer Institute as well as researchers from the University of California, San Francisco and researchers from the Medical University of Silesia and Center of Addiction Treatment in Poland.

Roswell Park Cancer Institute Department of Health Behavior Assistant Professor of Oncology Maciej Goniewicz, Ph.D., PharmD was the senior study author on the research concerning heavy drinkers and smoking cessation. According to Dr. Goniewicz “Our study showed that chronic heavy alcohol consumption may lead to an increase in the rate of nicotine metabolism, which could be one contributing factor to the poor smoking cessation rates in smokers addicted to alcohol. It is an important finding since a faster rate of nicotine metabolism was previously found to be associated with smoking more cigarettes per day, greater nicotine withdrawal symptoms and decreased efficacy of nicotine replacement therapy for smoking cessation. Importantly, we also found that when smokers stopped drinking, their nicotine metabolism slowed down.”