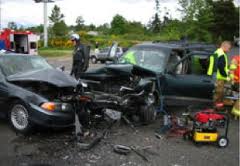 How Common is Drugged Driving?

Just how common is drugged driving? Is this activity as common as drinking and driving? Drugged driving refers to driving a vehicle while impaired due to drug use, and this is far more common than most people imagine. In 2009 the NSDUH reported that more than 10 and a half million people 12 years old and older reported driving at least once after using either illegal drugs or prescription medications. One reason why there is so much concern with the apparent high rate of drugged driving is that public safety is put at risk every time someone impaired from any type of substance use gets behind the wheel and out on the roads. Innocent people often end up hurt or even killed due to substance abuse and then operating a motor vehicle, and the individual driving may also face serious health or safety risks as well.

When a vehicle accident occurs police usually test for drugs and alcohol if use is suspected in any way, and at times this may be done even if no use is suspected simply to cover all bases. Many crashes are caused by the use of alcohol, drugs, or both, especially crashes that only involve a single vehicle. Thousands of crashes each year are the result of drugged driving and many traffic fatalities are caused by this behavior. Substance abuse treatment is recommended for anyone who abuses alcohol or drugs. If criminal charges are filed as the result of an accident then this type of program may be a mandatory condition of any sentencing by the courts.