Identifying the Risk of Opioid Dependence and Narcotic Painkiller Addiction 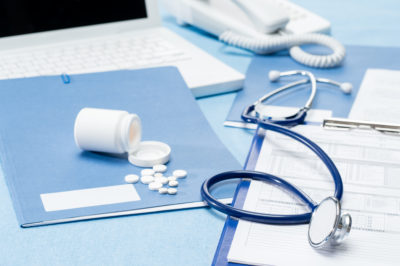 One of the biggest challenges that the medical community faces today is identifying the risk of opioid dependence and narcotic painkiller addiction in a patient. This may become easier than ever before thanks to a new study by an anesthesiologist at the Mayo Clinic in Rochester, Minn. The study findings show that those who have a previous history of substance abuse, and even those who smoke or used to before quitting, are most likely to experience opioid dependence and narcotic painkiller addiction. Dr. W. Michael Hooten, the anesthesiologist at the Mayo Clinic, led the team of researchers during the study. The team followed the outcome for close to 300 patients who all received an initial short term prescription for an opioid painkiller for the first time. Investigators discovered that close to 25% of the patients, or 1 in 4, continued to use the narcotic painkiller for an extended time frame.

The study on opioid dependence and narcotic painkiller addiction found that around 21% of the patients followed transitioned from short term narcotic painkiller use to extended use, with some continuing the drugs for more than four months. The patients who had a past history of substance abuse, even smoking tobacco, seemed to have the highest risk of becoming dependent on or addicted to opioid pain medications and to take these drugs even after they were no longer needed for pain management. Dr. Hooten explained in a news release that “Many people will suggest [painkiller abuse is] actually a national epidemic. More people now are experiencing fatal overdoses related to opioid use than compared to heroin and cocaine combined.”