Home / BLOG / Is Marijuana Addictive? What Are The Risks With This Drug? 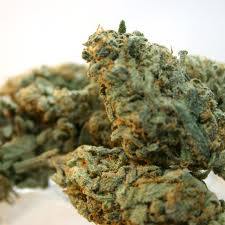 Is Marijuana Addictive? What Are The Risks With This Drug?

Marijuana is often called a gateway drug, and while some states have legalized this substance for medical use this does not make it any less dangerous. Is marijuana addictive though? There is a lot of talk about how it is a plant and plants are not addictive but this is not true. Some compare marijuana to alcohol, and say that recreational use is harmless but this is also false. This drug can have many risks and harmful side effects associated with use, especially when the plant material is smoked. In some cases when marijuana is purchased the user is also receiving other harmful or illegal substances as well, and often this is not known until the drug is used.

Some of the side effects and risks associated with marijuana include:

Many view marijuana as less dangerous than other drugs, but just because it comes from a plant this does not make it safe and natural. When this drug is used, whether it is smoked or ingested, a tolerance will develop. Over time the user will become dependent on the drug, and eventually a full blown marijuana addiction will develop. If you or someone you love has a problem with marijuana then the luxury substance abuse programs at Valiant Recovery can help. You can have a normal productive life once more, and leave marijuana and other forms of substance abuse in your past.