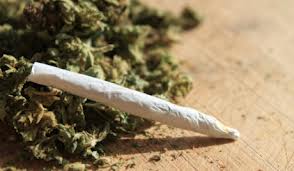 The statistics for drug abuse can cover a wide range of drugs, from illegal street drug use to the abuse of prescription medications. Financial aid for students may depend on whether or not the student has ever been convicted of a drug offense, and this includes even a possession charge for a small amount of marijuana. Some studies show that as many as 200,000 students to date have been denied financial aid for college due to a youthful indiscretion that resulted in a drug conviction. More than 11% of the American population has reported smoking marijuana at least once in the previous year. More than 100 million people in the USA have reported trying marijuana at least once in their lifetime, and many report using this drug much more frequently.

According to federal law marijuana is a controlled substance classified as a schedule 1 drug. This means that the addiction potential is very high and the federal government does not recognize any medical use for this substance. State laws vary, and some have passed medical marijuana laws that aim to protect users who have a documented medical condition that may be treated with this plant. Two states, Colorado and Washington, recently passed laws allowing for recreational marijuana and regulating the drug similar to alcohol and tobacco. Does this send the wrong message to youth today though? Many believe that legalizing this illegal drug is the wrong move and there is concern that more young individuals will start to smoke marijuana as a result.