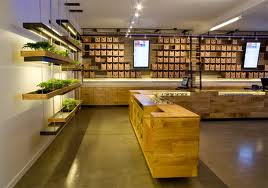 A recent study published in the Journal of Studies on Alcohol and Drugs examines the crime rates in one city in California, and tries to determine whether having marijuana dispensaries in the neighborhood increases the crime rate. The results may be surprising. It is also important to remember that the study only looks at one city in California and is not conclusive for other neighborhoods, cities, and areas. The researchers who did the study came to the conclusion that in Sacramento, California, neighborhoods with medical marijuana dispensaries did not have higher crime rates then other areas. A large number of states in the USA have legalized marijuana for medical uses. This has caused some concern that dispensaries and individuals who visit these businesses may become targets for criminals. This study has shown that these concerns are unfounded, at least in the city of Sacramento.

The study did not look at all of the factors and variables though. One possible reason for the crime rate is the fact that most dispensaries have security and everyone knows it. The added security measures may help prevent any additional crime. Another variable is the fact that the crime rate was not examined over time as more dispensaries move into the neighborhood. The study authors caution that this study only looks at a single city in California, a state known for permissive marijuana laws and a large number of individuals who use the drug in a recreational manner. Despite this study the debate still rages on over the possible medical benefits and the known harm that marijuana can cause.