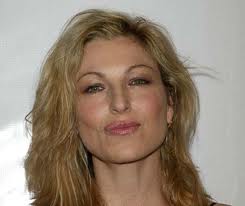 Tatum O’Neal became a celebrity as a child actress, but it is no secret that the star who is now in her late 40s has had substance abuse problems in the past. O’Neal recently checked back into rehab for cocaine addiction, and she is staying at a facility in Orange County, California. Ryan O’Neal, who is Tatum’s father, has visited her several times in an effort to rebuild their relationship and get her off drugs for good. This is not the first time that the star has been in rehab, and her substance abuse and addictions have cost her custody of her 3 children with tennis great John McEnroe in the past. Married in 1986 the couple stayed together until 1992, and they were finally divorced in 1994.

Initially Tatum O’Neal won custody of the children in the divorce, but this changed 4 years later in 1998. It became apparent that O’Neal was struggling with addiction and substance abuse issues. And John McEnroe received custody of the 3 children at that time. Tatum is not the only family member to struggle with substance abuse, her brother Redmond has also had these problems. Redmond recently entered a no contest plea in court for possessing heroin, and he is also in treatment for substance abuse. Hopefully for Tatum this will be the last time that substance abuse treatment is needed, and at least the actress realized she needed help and took steps to improve her situation. Addiction is a difficult thing to overcome, but both siblings have many fans rooting for them and hoping that they get the help they need.