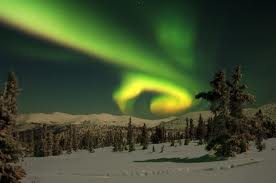 The state of Alaska is called home by roughly 722,718 individuals, and the capital city of this state is Juneau. The prison population of Alaska is close to 6,000, up 3.8 % in last 2 years, and there are thousands more people who are on probation or parole. Marijuana and cocaine use are both rampant and many individuals arrested for all types of crime test positive for either one or both of these drugs in jail. 44% of individuals arrested tested positive for marijuana regardless of the crimes committed, while between 20% and 43% of those arrested tested positive for cocaine when categorized by crime type.

Alaska has a shared border with Canada, and this is how most drug trafficking is accomplished in the state. Both crack cocaine and powdered cocaine can be found across the entire state, and methamphetamine is also brought into Alaska in larger quantities. Heroin can be found in 3 main types, and these are Mexican heroin, Southeast Asian heroin, and Colombian heroin depending on the country of origin. Other problem drugs include LSD, GHB, Ecstasy, and prescription drugs used illegally and sold on the street without a prescription. Alaska has a prisoner recidivism rate of more than 50%, and many of the crimes committed are drug offenses.

84% of the crime in Alaska is nonviolent crime including drug offenses. Up to 1 ounce of marijuana in a private residence is not considered a criminal offense, and up to 4 ounces is a misdemeanor punishable by up to 90 days in jail and a fine of up to $1,000. There is an average of 240 DUI arrests in Alaska each month, and an average of 33 drug arrests each month.