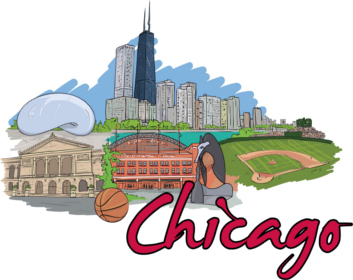 The city of Chicago, Illinois is known as a drug hub, a city where drugs are transported and distributed to Midwest states. The drug trade in Chicago is controlled by street gangs, and this includes marijuana, cocaine, heroin, and other illegal drugs. Law enforcement has stepped up cocaine detection seizures, so this drug is becoming harder to get and the street price has increased. Methamphetamine is also very popular, and this drug may be produced in the state or transported in from other areas. Crack cocaine has become a serious issue for larger cities and urban areas. Heroin use in Illinois is increasing substantially, and prescription drug abuse is widely practiced by Illinois residents.

In addition to the standard fines and possible incarceration marijuana charges in Illinois can involve additional penalties as well. Upon the discretion of the court the full street value of the marijuana possession, sale, or cultivation can be added to the fines levied by the court. Many marijuana offenses end up with a deferred judgment, where probation is given and as long as the probationer completes the sentence then the court orders the offense expunged from the record.