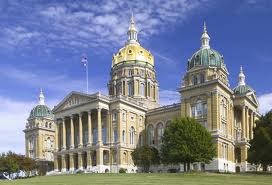 Iowa is a state that is located in the Midwestern United States, and it has a population of more than 3 million residents. While considered the American Heartland Iowa does have significant substance abuse problems. More than 8,800 residents are currently serving time in Iowa prisons, and drug offenses in the state can cover a wide range of drugs. Methamphetamine, cocaine, heroin, MDMA, GHB, and marijuana have all created problems in the state. Some of the drugs come from Mexico and are smuggled by the drug cartels, some are smuggled in from other states, and others are produced or grown in the state.

In Iowa methamphetamine is produced locally and also shipped in from the Southwestern states and the Mexican border. This drug has seen a large increase, and many accidents and explosions have occurred because of clandestine methamphetamine labs. Cocaine is another drug that can be found in Iowa, and while much of the cocaine shipped in is in powdered form a significant amount of the drug is converted into crack form before being sold on the street. The crack form of cocaine is widely available in the urban areas of Iowa, and there is a shortage of treatment programs and substance abuse rehabs in many areas of the state.

Club drugs including ecstasy and GHB have been on the rise in Iowa over the last decade, and this class of drugs are typically found in larger cities and metropolitan areas. Some of these drugs are created in hidden labs and others are shipped in from other areas and states. The most commonly abused drug in Iowa is marijuana, and this drug is cultivated in the state and also transported in from Mexico and other states in the USA. Marijuana affects almost every age group and social level, as well as all economic levels.

In Iowa possession of marijuana in any amount is punished according to the number of the offense. A 1st offense can carry up to 6 months in jail and a fine of $1,000. A 2nd offense of possession in any amount can mean up to 1 year and $1,500, and a 3rd offense could mean 2 years in prison and a fine up to $5,000. Any sale or cultivation of marijuana is a felony, and those convicted could face 5-10 years in prison and a fine that ranges from $750 to $50,000. Selling marijuana to a minor or within 1,000 feet of any park or school carries a mandatory minimum sentence of prison time.