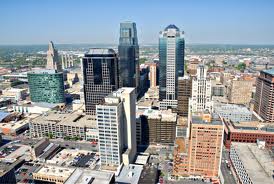 The capital city of Kansas is Topeka, and this state has a population of around 2,7 million residents. Substance abuse is becoming an increasing problem in Kansas and the drugs available include cocaine, heroin, methamphetamine, prescription medications, and marijuana. This state is used to transport illegal drugs especially cocaine to other states in the USA, including Michigan, New Jersey, Ohio, New York, and Illinois. In Kansas there is an average of 1400 drug arrests each month, and around 13 people will die because of drug use and overdoses. An average of 1,100 DUI arrests occur every month and roughly 65 Kansas residents will die each month due to alcohol use and related factors.

In Kansas close to 9,000 individuals are in prison, and many of these people are serving time for drug offenses as well as other crimes. Statistics show that more than 130,000 individuals in Kansas regularly use marijuana, and more than 1,200 people are addicted to heroin. Almost 22,000 people in the state report cocaine use, and over 58,000 abuse some type of prescription medication. Common prescription drugs abused include hydrocodone, oxycodone, Valium, xanax, stimulants including Ritalin and other prescribed amphetamines, and other narcotic pain medications. Marijuana is the most common drug used, and it is grown in the state as well as being smuggled in from other areas.

The marijuana laws in Kansas include both misdemeanors and felonies. 1st offense possession of any amount is a misdemeanor and can receive 1 year in jail and a maximum fine of $2,500. Any subsequent possession offense may be charged as either a misdemeanor or a felony regardless of the amount possessed. The sentence for this offense includes an incarceration period from 10-42 months and a fine up to $100,000. Cultivating marijuana in Kansas carries a sentence of 138-204 months in prison and a varying fine if 5 or more plants are cultivated. Selling marijuana in any amount is a felony, and can mean 14-51 months in prison and a maximum fine of $300,000.