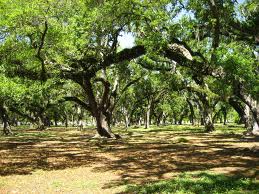 The capital city of Louisiana is called Baton Rouge and more than 4.5 million people call this state home. The state is situated between Texas and Mississippi and drugs have become a big issue over the last decades. Almost 2,200 individuals in Louisiana will be arrested in any month for drug offenses and approximately 25 people will die each month from an overdose of illegal drugs. More than 1,600 people will be arrested in Louisiana each month for DUI offenses and an average of 100 residents will die every month because of alcohol use and related circumstances. The state prisons hold around 35,000 residents and many of those incarcerated have been convicted of drug and alcohol crimes.

One drug that threatens Louisiana is cocaine, especially in the form of crack. This drug can be found almost everywhere in the state and more than 34,000 have reported using some form of cocaine in the last few months. Methamphetamine use in Louisiana is on the rise because of the cheap high that this drug provides. While there have been a small number of methamphetamine labs in the state most of the drug is smuggled in by Mexican drug cartels and then distributed around Louisiana.

Heroin can be found in Louisiana but currently the use of this drug is small and limited. Approximately 2,000 people in the state are currently report having a heroin addiction. Law enforcement has seen a small increase in the use of heroin in recent years, and the related crimes and violence caused by the drug. Prescription medication abuse affects around 90,000 people in Louisiana and often these drugs are bought and sold illegally on the street without a prescription. Marijuana is the most frequently used drug in the state and the weather makes cultivation of this drug easy. Most marijuana in the state is grown here, and the use of indoor hydroponic gardening equipment to grow marijuana is common.

Possession of marijuana in Louisiana can be a very serious offense. A 1st offense for possessing any amount of the drug is a misdemeanor, with a possible sentence up to 6 months in jail and a fine of $500. A 2nd offense, regardless of the amount possessed, is charged as a felony with the possibility of up to 5 years in prison and a fine of up to $2,000. 3rd and further offenses are also a felony and can mean up to 20 years in prison as well as a fine up to $5,000. The sale or cultivation of any amount of marijuana in Louisiana is a felony that can bring between 5 and 30 years in prison and a fine up to $100,000.