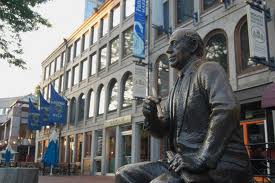 Boston is the capital city for the state of Massachusetts, and close to 6.4 million people live in this state. There are around 2,400 arrests for DUI in the state each month, and about 150 individuals will die from alcohol. There is an average of 3,300 arrests for drug offenses every month and approximately 30 people per month in Massachusetts die from drug related causes. More than 163,000 residents in this state are on active probation, and a little more than 10,000 individuals are incarcerated in prisons in Maryland. Like all states in the USA Massachusetts has some drug problems and substance abuse issues. Drugs in the state include marijuana, cocaine, heroin, MDMA, GHB, methamphetamine, and prescription drugs used illegally.

Massachusetts has a crime rate that is almost one quarter lower than the national crime rate average, 22% to be specific. Almost 85% of the crimes that occur in Massachusetts are property related and do not involve violence. Methamphetamine can be found in many areas of the state but this drug is not frequently found in large quantities in any city or area. Heroin abuse has increased substantially across Massachusetts, and Oxycontin abuse has also gone up considerably. Many users will switch between heroin and Oxycontin depending on which drug is available at any time.

Cocaine is another growing problem in Massachusetts and this drug is widely available in both powder and crack forms. The close proximity of New York to Massachusetts means cocaine is very available in high purity levels. Club drugs including ecstasy and GHB can be found in larger cities and in urban areas, and these drugs are popular with younger adults. Marijuana is another drug that is very common, and this drug is used most frequently in the state. Some of the drug is transported into Massachusetts and some is grown indoors and outside locally.

Possession of marijuana in Massachusetts for an amount up to 1 ounce is a civil offense and carries a fine of $100. Possessing more than 1 ounce is a misdemeanor and both a 1st and subsequent offense can mean 6 months in jail and a fine up to $500. Marijuana sales or cultivation that involves 50 pounds or less in Massachusetts is a misdemeanor and can carry a sentence of up to 2.5 years in prison and a fine of between $1,000 and $10,000. The sale or cultivation of an amount over 50 pounds is a felony and carries a mandatory minimum prison sentence.