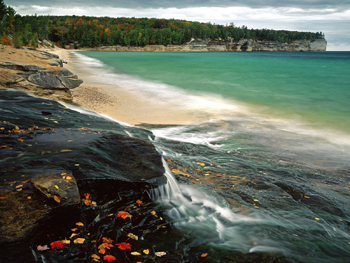 The capital city of Michigan is Lansing and more than 10 million people reside in this state on a full time basis. Michigan faces many problems with drugs including cocaine, heroin, prescription medications, ecstasy, methamphetamine, and marijuana. Heroin has been a rising threat to the state, with child abuse and other violent crimes increasing due to this drug. Oxycontin use is also a big issue. Many users resort to stealing medications from legitimate patients, robbing pharmacies, and forging prescriptions to get Oxycontin and other narcotic prescriptions. Ecstasy and other club drugs are available in a limited basis and are popular with high school and college students, especially in college towns like Lansing and Ann Arbor. These are usually smuggled across the Canadian border.

Cocaine is widespread throughout Michigan, and both the crack form and the powdered version of the drug can be found in most areas. Around 85% of the crimes committed in the state are related to property and do not involve violence although these rates may be different for Detroit and other large cities. Over 175,000 people in Michigan are on state supervised probation and there are roughly another 49,000 individuals who reside in Michigan prisons. Methamphetamine has created a crisis in the state, with hidden labs causing health threats and public safety issues.

Michigan police officers will make an average of 170 arrests for drugs every single day and at least 1 person will overdose on drugs. There will be around 130 arrests daily for DUI and 8 people will die on average every day due to alcohol. The crime rate is higher than the national average by 3%. The most commonly used drug in Michigan is marijuana and the state does have a voter passed medical marijuana law. A medical marijuana card is required to prevent prosecution for possessing or cultivating the drug.