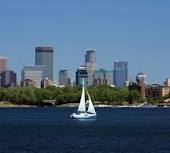 St. Paul is the capital city of Minnesota and the population of this state is more than 5 million individuals. The location of this state makes it a frequent target for drug trafficking from all over the USA. Methamphetamine is smuggled in from western states as well as being produced in smaller amounts using hidden labs in Minnesota. The abuse of prescription medications has seen a large increase across the entire state, and these drugs have a high street value in many cities. Club drugs including GHB and ecstasy are frequently found in urban areas and large cities in Minnesota. The group that uses club drugs most often are older teens and young adults. Cocaine is available across the entire state of Minnesota, and the drug is shipped into the state from as far away as California as well as Detroit and Chicago.

The crime rate for Minnesota is actually lower than the national crime rate average by 7%. Around 91% of all the crimes committed are non violent crimes involving property. The state supervises more than 114,000 people who are on some type of probation and there are close to 9,000 inmates in prison across Minnesota. Each month the police in Minnesota will make around 1950 DUI arrests and around 120 state residents will die because of alcohol. More than 2,500 residents will be arrested for drug offenses every month and around 30 people will die due to illegal drugs.

Heroin has seen an increase in Minnesota, and this is true all across the Midwest. Law enforcement has started to seize larger amounts of the drug and are finding it more frequently though the rate of use is still low. The most frequent drug used in Minnesota is marijuana and this drug is grown in the state as well as being smuggled in from Canada and other areas.

In Minnesota possession of marijuana in less than 42.5 grams is a misdemeanor which carries a drug education course and a fine of $200. If marijuana is found in a vehicle and the amount is more than 1.4 grams then the sentence can be up to 90 days in jail and a fine up to $1,000. If the marijuana is found in the trunk of the vehicle then simple possession is charged instead. Selling marijuana in any amount is a felony. This offense can mean between 5 and 35 years in prison and fines ranging from $200 up to $2.5 million.