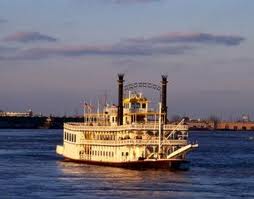 Jackson is the capital city of Mississippi and this state is home to almost 3 million individuals. The biggest drug threat to Mississippi is cocaine, especially in the form of crack. Methamphetamine is starting to be an increasing issue as well and police are finding the drug and hidden labs more often than in the past. Ecstasy is a very popular club drug in Mississippi, especially in larger cities and college towns. Prescription drugs, especially Oxycontin and hydrocodone, are commonly abused. Heroine is found infrequently but this drug is expensive and outside the financial means for many users. 92% of the crimes in Mississippi are property crimes and many of these are related to drug abuse.

More than 1,000 individuals in Mississippi will be arrested for DUI each month and around to individuals in the state will die from alcohol. Police will make an average of 1,500 arrests for drug offenses every month and approximately 15 people will die from an overdose of illegal drugs. There are more than 21,000 individuals being supervised on probation and close to 21,000 residents are prison inmates in the state. The crime rate for Mississippi is 4% less than the crime rate for the national average.

Crack cocaine is one of the drugs abused most often in Mississippi, second only to marijuana. The cheap cost of crack and the easy availability means this drug has destroyed many individuals and families. Marijuana is the drug used most often in Mississippi and the climate in the state means that often the drug is cultivated instead of being transported in. There is some marijuana smuggled into the state but most of the drug available on the street is grown in the local area. When marijuana is smuggled in to Mississippi the drug is usually brought into the state by the drug cartels.

In Mississippi marijuana possession for an amount up to 30 grams is a misdemeanor that involves a summons but there is no arrest made. The possible penalty includes a fine between $100 and $250. Possessing any amount of marijuana over 30 grams is a felony and can mean between 2-30 years and fines from $1,000 to $1 million. Selling any amount of marijuana in Mississippi is a felony, with the final sentence depending on the amount sold. Possible penalties can range from 3 years in prison to life without parole. Fines for selling marijuana can range from $3,000 up to $1 million.