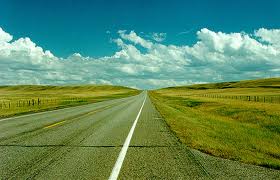 Helena is the capital city of Montana and there are close to 1 million people who live here. The crime rate for this state is 19% lower than the national crime rate average. Around 300 people will be arrested for DUI in Montana each month and around 20 people in the state will die each month from alcohol. 450 people on average will be arrested each month in the state for drug offenses and about 5 residents will die every single month from illegal drugs. The state prisons in Montana hold almost 4,000 individuals and more than another 7,000 people are on probation under state supervision. 91% of all the crimes committed in the state involve property and do not include violence.

Montana has a number of drugs that are commonly abused. Some of these drugs are only commonly found in large metropolitan areas and big cities in the state while others can be found all across Montana. Methamphetamine is a growing issue because of the wide availability that the drug has. Methamphetamine is made in Montana using hidden labs, but this is only a small amount of the drug found on the market. Methamphetamine is also brought into Montana by the Mexican drug cartels. In metropolitan areas heroin, cocaine, and club drugs including ecstasy are often found but these drugs are not common in less populated areas.

Law enforcement in Montana have reported an increase in prescription drug abuse in the state in recent years. Oxycontin is the biggest drug of choice for prescription drug users but hydrocodone and other medications are also available at times. Marijuana is the drug used most frequently across the state, and some of the drug is smuggled into the state from Canada. Some of the marijuana in the state is grown there, usually indoors with hydroponic equipment.

Possession of marijuana in Montana can carry 6 months in jail and a fine between $100 and $500 for a first offense involving up to 60 grams of the drug. Any offense other than the 1st offense is a felony and the punishment can include 3 years in prison as well as a fine up to $1,000. Possessing more than 60 grams of marijuana in Montana is a felony that can mean 20 years in prison and fines up to $50,000. Cultivating or selling marijuana in any amount in Montana is a felony which can mean at least 1 year in jail and up to a life sentence, depending on the amount of the drug involved. The fines for cultivation or sale of marijuana can range from $50,000 up to $100,000.