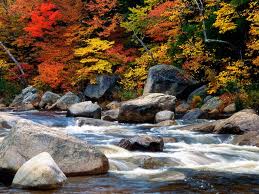 Concord is the name of the capital city of New Hampshire, and this state has more than 1.3 million people who reside here. A crime rate that is 45% less than the national crime rate average shows that the state is a low crime choice, and more than 93% of all the crimes reported in New Hampshire involve property crimes. On a daily basis the police will arrest an average of 15 individuals for DUI and 20 individuals for drug offenses. There is approximately 1 death per day in the state caused by alcohol and 1 death every 5 days caused by an overdose of illegal drugs.

There are many individuals in New Hampshire who are in prison or on probation, and a large percentage are because of substance abuse. There are almost 2,500 people in prison in New Hampshire and more than 4,200 more who are on probation of some type. Heroin is a drug that can be found almost anywhere in New Hampshire, and the rate of use for the drug has gone up quickly. Methamphetamine use has also seen a rapid increase, and some of this drug is made in the state while some is shipped or mailed in from other areas of the country. Cocaine is found in most cities, and crack cocaine is popular because of the inexpensive high.

New Hampshire law enforcement has not encountered much ecstasy or other club drugs but these can be found infrequently. Prescription drug abuse including Oxycontin still occurs but the rates have gone down some in the last few years. Marijuana is frequently used, and this use cuts across age groups and financial sectors. Marijuana can be found everywhere, and while some of the drug is grown in New Hampshire a lot of it is transported into the state from elsewhere.

Possessing marijuana in any amount in New Hampshire is a misdemeanor charge, with the possibility of 1 year in jail and a $2,000 fine. Cultivating or selling marijuana in this state is a felony,. A first offense for the sale or cultivation of up to 1 ounce of marijuana can mean 3 years in prison and a $25,000 fine. If the amount is 5 pounds or less but more than 1 ounce this changes to 7 years in prison and a fine of $100,000. In addition to incarceration and financial penalties a marijuana conviction can lead to a license suspension as well.