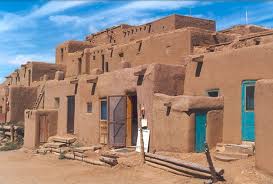 Santa Fe is the capital city of New Mexico, and almost 2 million people live in the state. The crime rate for New Mexico is around 20% higher than the national crime rate average for a state. Property crimes are responsible for 86% of all the crimes reported, and substance abuse plays a big role in the state. On average the police in New Mexico will arrest 25 individuals every day for DUI and 30 people a day for drug related offenses. The state has a significant number of rehabs and treatment facilities but 4around 5 people will die each month from alcohol and another 10 will die from illegal drug related causes.

The high crime rate for New Mexico can be seen in the prison population and number of residents on probation. More than 17,000 people in New Mexico are currently on active probation through the state, and more than 6,300 are incarcerated in state prisons. The fact that this state is located along the Mexican border means that many drugs are smuggled in from Mexico by the drug cartels. Not all drugs are brought in from Mexico though, some are smuggled from other US states and some drugs are cultivated and produced in the state as well.

One of the biggest drug problems in New Mexico involves cocaine, and this drug can be found across the entire state. Cocaine is available in both crack and powder varieties. Heroin use in the area has seen an increase, and much of this drug is brought across the border by smugglers. Methamphetamine has also seen an increase in use. Law enforcement have reported finding more hidden meth labs and the chemicals needed to make the drug. Prescription drug abuse is another common issue, and many individuals will visit numerous doctors or even turn to criminal methods to get these drugs. Marijuana is the drug most commonly abused, and this occurs among almost all age groups.

The Marijuana laws in New Mexico includes both misdemeanor and felony offenses. Possession of up to 1 ounce of marijuana as a 1st offense can mean up to 15 days in jail and a fine up to $100. Further incidents of possession for this amount is still a misdemeanor but can include up to 1 year in jail, and a fine that can go up to $1,000. Possessing more than 8 ounces of marijuana in New Mexico is a felony offense and can mean up to 18 months in prison as well as a $5,000 fine.