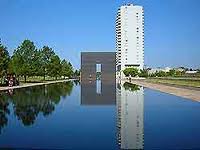 Oklahoma City is the capital city of Oklahoma, and this state has a population of more than 3.6 million individuals. The crime rate in Oklahoma is higher than the national crime rate average by 11%, and many crimes committed in the state are caused by offenses for alcohol or drugs. 88% of all the crimes reported were related to property and include theft and robbery. Oklahoma has more than 24,000 state residents who are serving time in prison, and more than 27,000 individuals are on probation in the state. Statistics show that drug use kills around 15 people every month in Oklahoma and an average of 1,800 people are arrested every month for drug offenses. Alcohol related deaths in the state average 85 per month and more than 1,350 arrests for DUI are made on a monthly basis.

In Oklahoma methamphetamine has become a big problem, one that affects a large part of the state population. The labs used to make this drug have been found in larger numbers, and some methamphetamine in the state is smuggled in from other areas of the USA. Methamphetamine has been determined to be one of the most common drugs abused in Oklahoma, with marijuana being the only other drug abused as much by residents.

Cocaine is another drug that is commonly abused in Oklahoma. The crack form of cocaine is usually found in larger cities and urban areas, while the powdered form can be found in most cities and regions of the state. Heroin is still available infrequently but the use of this drug has actually declined in Oklahoma in the last few years. Club drugs and prescription drug abuse has seen an increase in this state, and methadone and hydrocodone are the most common prescription drugs abused. Marijuana is also widely available, and this drug is grown in Oklahoma as well as being transported into the state from Mexico and other states.

The marijuana laws in Oklahoma can vary depending on the charge and the circumstances. Possession of marijuana in any amount means a sentence of up to 1 year in jail and a financial fine that is determined by the judge for a first offense. A second possession offense is a felony regardless of the amount involved and can lead to a prison term of 2-10 years a a large fine. Cultivating or selling marijuana in Oklahoma is an automatic felony charge and can result in a prison term that ranges from 2 years to life in prison. Some marijuana offenses carry a mandatory minimum sentence, and the fine for felony charges can range from $20,000 to $500,000.