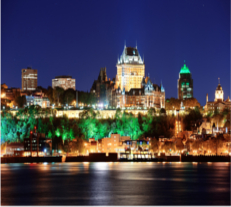 Valiant Behavioural Health is our new center located in Ottawa, Ontario. it can be contacted at Ottawa Drug Rehab

Ottawa Ontario is the capital of the country of Canada, and this city and the surrounding metropolitan area has a population of more than 1.2 million people. With the large population comes high rates of substance abuse and drug use as well. Statistics show that marijuana and alcohol are the two most commonly abused substances in Ottawa but the city has problems with many other drugs as well. Cocaine and crack cocaine use have both risen in recent years, and amphetamine abuse is also increasing. Prescription drugs, especially opiate pain medications and nervous system depressants, are frequently abused. Doctor shopping is common when prescription drugs are sought, and these pills have a much higher value on the street.

Ottawa, Ontario has had many problems with indoor marijuana grow operations and also indoor crystal methamphetamine labs. Both of these operations pose dangers to the surrounding homes and residents. Hallucinogens are also abused, but on a less frequent basis. Heroin is becoming a popular choice for users in Ottawa, and many users eventually start injecting the drug. The group that has the highest risk of illegal drug use and alcohol abuse is for young adults aged 15-24 years old. This age group is 3 times more likely to use marijuana, and 9 times more likely to use other illegal drugs and alcohol.

Business owners in Ottawa, Ontario report that roughly 30% of the adult workforce in the city and metropolitan area is affected by alcohol or illegal drugs. The financial and economic toll is estimated to run into millions of dollars. In Ottawa there is an average of 6 calls each day to paramedics resulting from drug overdoses. In September of 2011 Bill C-10 was started thorough the legislative process, also called the Safe Streets And Communities Act, and this bill adds mandatory minimum sentences for certain drug offenses. An estimated $40 billion dollars a year is spent because of the use of psychoactive substances including alcohol and drugs, and Ottawa, Ontario has a higher than average rate for Canada where substance abuse is concerned.

The most common drugs abused in Ottawa, Ontario include cannabis, prescription opiates including oxycontin, cocaine, Ecstasy, hallucinogens, and speed or amphetamines and methamphetamine products. The biggest problem according to the drug and crime statistics is oxycontin, and this drug has replaced crack cocaine as the preferred drug of choice for users in Ottawa, Ontario and the surrounding metropolitan area. Heroin use has also increased, and this drug and many others has caused a related increase in crimes in this city.