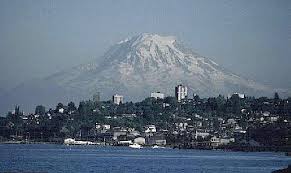 Olympia is the capital city of Washington state, and there are over 6.3 million individuals who live here. More than 2,800 state residents admit having a heroin addiction and over 135,000 admit to the abuse or prescription drugs. Cocaine users number around 50,000 individuals in Washington and more than 300,000 report marijuana use that ranges from infrequent to daily. There is an average of over 3,200 arrests monthly for drug related charges, and more than 2,400 arrests which are caused by DUI. Around 150 individuals will die each month because of alcohol use and related factors. Drug use will cause another 33 deaths on average each month.

In Washington more than 17,000 residents are serving time in state prison, and more than twice this number of individuals are on probation in the state. One of the most popular and abundant drugs in Washington is methamphetamine, and this is also the drug causing the most concern among law enforcement and community leaders. Methamphetamine has increased significantly in availability, and even new laws restricting access to the chemicals needed to produce the drug has not slowed the spread. Most methamphetamine is now smuggled into Washington from southern states, which receive the drug from Mexico.

Another common drug in Washington is cocaine, and this drug can be found in crack cocaine and powdered cocaine. Urban areas and lower income communities have more crack cocaine available while rural areas and higher income communities tend to have more cocaine in the powder form. Black tar heroin that originates in Mexico has also seen a big increase across Washington. The drug used most frequently is marijuana, and there are three sources of the drug available. Marijuana called BC Bud is smuggled across the Canadian border, the drug is cultivated in Washington, and marijuana is smuggled from Mexico through the lower states until reaching Washington.

Marijuana possession in Washington is a misdemeanor as long as the amount of the drug is less than 40 grams. This offense carries a sentence of a minimum of 1 day on jail and a maximum of 90 days in jail, as well as a mandatory fine of at least $250 and up to $500. If 40 grams or more of marijuana is possessed the charge is a felony, with a possible sentence of up to 5 years in prison and a fine up to $10,000. Any cultivation of marijuana or sales of this drug is a felony offense, and can carry between no incarceration up to 5 years in prison. The fine for this offense can be up to $20,000 if any double penalty circumstances exist.