Home / BLOG / Signs Of Marijuana Abuse That Every Parent Should Recognize 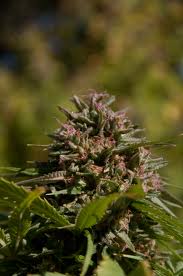 Signs Of Marijuana Abuse That Every Parent Should Recognize

Marijuana abuse is a big problem across all ages and generations, and this is often called a gateway drug and one of the first illegal substances that teens and young adults indulge in. Many users go on to use other harder drugs as well but this may be due to the fact that the individual is more likely to try drugs and not solely because of the marijuana use and abuse. Marijuana is the drug that is used most frequently in the USA and statistics show that roughly 1 in 3 teens use this drug at least once during the middle school and high school years. When teens use it there are many signs that parents should be aware of.

Physical signs of marijuana abuse include:

Psychological signs of marijuana abuse include:

The effects of marijuana use can last for days for users who only indulge infrequently. Those who abuse this drug on a regular basis are often called stoners, and the effects can be cumulative and lead to long term problems. Those who use marijuana frequently may test positive even after a month of abstaining from the drug.