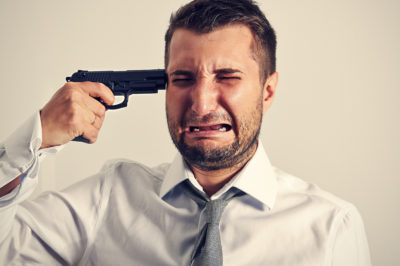 A new report shows a surprising trend, one that researchers did not expect to find and that they are calling an unnoticed epidemic. According to researchers from Princeton University the current suicide rates and the rate of substance abuse in middle aged Americans who are Caucasian is growing. The analysis shows that middle aged white adults in America have an overall death rate that has gone up substantially in the last decade and a half, mostly because of factors that include drug overdose, alcohol overdose, liver cirrhosis, chronic liver disease, and suicide.

Economics and public affairs professor and the author of the study Ann Case explained “We sort of fell off our chairs when we saw that in the data, because that’s just not what’s happening elsewhere. It happened very quietly. The despair is really there. It’s just that the focus has not been on it.” One possible reason for the increase in substance abuse and suicide rates among middle aged white Americans may be that these individuals are in worse health a they get older. U.S. National Institute on Alcohol Abuse and Alcoholism senior scientific advisor to the director Aaron White said that the study results were very alarming, stating that “Now there are more people 45 to 54 dying from alcohol and drug poisonings than from lung cancer.” Center on Social Disparities in Health at the University of California, San Francisco director Dr. Paula Braveman believes that despair may be at least partly responsible for the increase in death among middle aged white Americans, saying “Perhaps they perceived that the deck was stacked against them, with widening inequality, not only in wealth, but in the most basic opportunities to give them a fighting change of upward mobility. People of color never had that hope.”