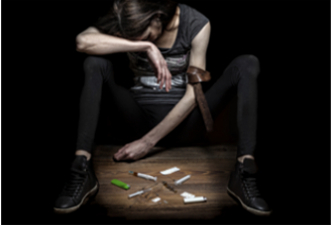 U. S. Heroin Abuse Levels Off But Heroin Use Rates and Overdose Risks Still High

A recent report from the federal government shows that heroin abuse in the USA has started to level off, but the rate of use and the heroin overdose numbers are still very high and this is still a big reason for concern. Pamela Hyde, the SAMHSA Administrator, stated in a news release by the agency that “Heroin use has reached alarming levels throughout our nation, and we must work together to overcome this serious public health threat. It takes collective effort from all parts of our communities to educate and prevent heroin use and addiction. Everyone needs to know how to identify people with a heroin problem, help them find treatment, and know how to help prevent overdose deaths.” The use of heroin carries many dangerous risks.

On top of addiction and the potential for a heroin overdose that could be fatal heroin abuse also carries risks like infectious disease exposure. HIV, hepatitis C, and other infections that are present in the blood can be transmitted when needles are used to inject heroin and are shared. In addition heroin is a drug that is considered highly addictive, and many users get hooked very quickly and even the first time they try this drug in some cases. A survey in 2013 showed that more than 680,000 Americans who were at least 12 years old reported heroin use in the last year. This rate of use has remained steady since then in spite of education and early intervention efforts by the government and public health officials.