Home / BLOG / Weston Gosa Can Not Do Drugs And Drive Well 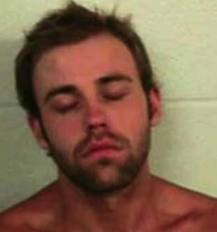 Weston Gosa Can Not Do Drugs And Drive Well

Weston Gosa, best known for his appearances on the reality show 16 & Pregnant, was arrested on July 4, 2012 for driving under the influence of drugs. According to police reports Gosa was not drinking when he crashed in Floyd County, Georgia. He was under the influence of drugs though, which makes him eligible for a DUI charge. After the crash police searched the vehicle and found prescription drugs and a pipe with drug residue, and Gosa did not have a valid prescription for the drugs found. Lorcet and Xanax are some of the most common drugs abused and that is what police found in the vehicle. These charges could cost Gosa his driving license, his money, and even his freedom if he is convicted.

Should Weston Gosa be sentenced to substance abuse treatment? Some experts say yes but many people believe that treatment alone is not enough. The potential for injury or death to innocent people is far too high when a driver is under the influence of drugs or alcohol. One look at the mug shot for Gosa shows why DUI is not a good idea, he can barely keep his eyes open. Gosa spent some time in jail until sobering up and he is facing felony possession of controlled substances, DUI, and misdemeanor possession of drug-related objects. These are serious charges and can mean significant incarceration in a worst case scenario. It is doubtful that substance abuse treatment alone will help him get off, but it is obvious that Weston Gosa needs help with substance abuse.